Bumbles at your service.... 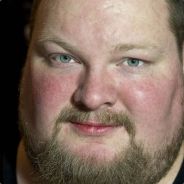 By Mister Bumbles
May 16, 2018 in Introductions