TV series you should watch (if you haven't) 📺📺📺 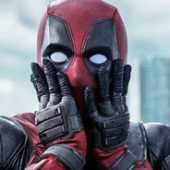 By Lord McGuffin
May 24 in General