Banned for shooting a HV rocket at an admin 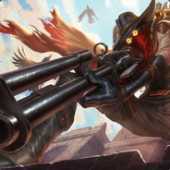