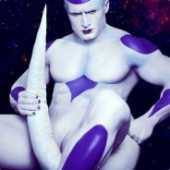 By GoodForThePrice
February 21, 2019 in Scourge PvE