I was banned by Nortstar from titanfall 2 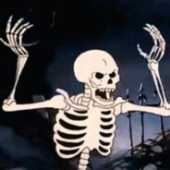 By Lilo,
April 13 in Ban/Mute Appeals