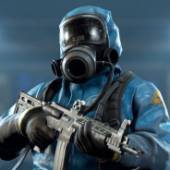 By DocSneaky,
July 18 in Scourge PvE