Increase the time on locket crates 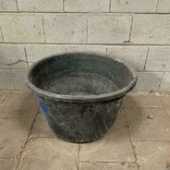 By Speciekuip
October 12 in Feedback