Please adjust your bridge. "by Aercascade" 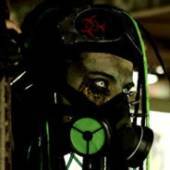 By AmonRa
November 5 in Scourge PvE