I am Sorry. Funee Monkee 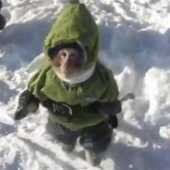