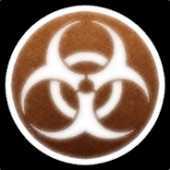 By SPLIFF
April 13 in Ban/Mute Appeals

This topic is now closed to further replies.
Followers 1
Go to topic listing
×
×