Some suggestions/ideas I would like to see in the future for scourge. 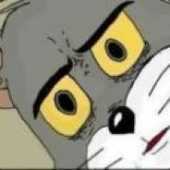 By Lazy Lion,
May 12 in Scourge PvE