It's ya girl, Nova 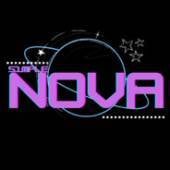 By Nova.
August 23 in Introductions